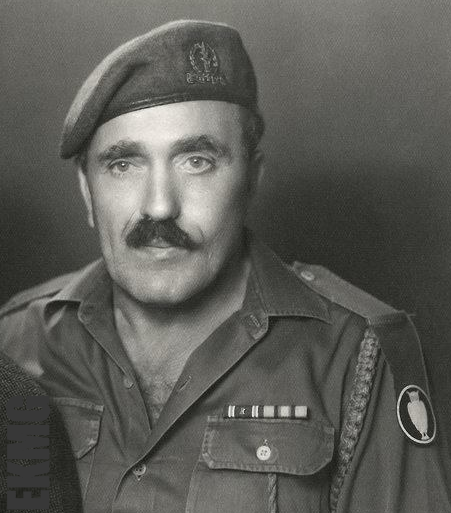 Imi was born in Budapest, Hungary and raised in Bratislava, capital of Slovakia. His father Samuel was a professional wrestler, weight lifter and performed displays of strength in a circus. After his work in the circus, Samuel opened a wrestling club and joined the city police, later becoming the head of the detective unit.

As a child, Imi trained in wrestling and boxing and won several European competitions in these sports. In the 1920s and 1930s Imi was one of the most well-known and successful European wrestlers in his weight category.

After the enactment of the Nuremberg laws and concordant with the rise of anti-Semitism in Europe in the 1930s, violence against Jews became rampant. Imi became the undeclared leader of a group of young Jews who actively prevented the entrance of anti-Semitic rioters into Jewish neighbourhoods and the harming of its population. Until the 1940s Imi took part in numerous violent clashes and street fights against anti-Semites. During this time Imi first became aware of the fundamental difference between combat sports and street fights.

In 1940, Imi boarded the ship “Pancho” with a Paraguayan visa, seemingly leaving his home country for South America, however the ship was actually destined for illegal immigration to Palestine, which was under British mandate at the time. The Betar Movement, a Zionist youth movement heavily involved in resistance to the British in Palestine (and paradoxically fighting the Nazis alongside the British in Europe simultaneously), arranged for the ship’s voyage. While the “Pancho” was originally supposed to carry 150 youths, it ended up sailing with 500 on board. The ship was marooned in front of the Greek coast and Imi and four others rowed a lifeboat to Palestine for five days but were eventually detained by a British battleship and were brought to Egypt. Imi joined the British army and served in the Czech brigade. After being discharged in 1942 he was allowed to enter Palestine.

The Jewish people in Palestine of the time had very few rights and Jewish settlements suffered from frequent harassment by Arab gangs. Yitzhak Sade, head of the paramilitary organization “Haganah” which was created to protect the Jewish settlements, turned to Imi and asked him to train the organization’s special forces, “Palmach” and “Palyam”. Imi developed offensive and defensive techniques utilizing bare hands and edged or blunt weapons, as the British didn’t allow Jews to carry firearms). These techniques were collectively referred as the “Kapap method” at the time (Kapap – “Krav Panim el Panim”; face to face combat).

With the formation of the State of Israel, Imi became part of the Israel Defense Forces (IDF) and served as its main physical fitness and Krav Maga instructor. Imi adapted his method for military requirements, introducing techniques involving the use of firearms, and trained the elite units of the IDF for 16 years.

In 1964, Imi left the IDF after his method became an integral part of training in the Ministry of Education and all Israeli security forces. He opened training centres in Tel Aviv and Netanya and began adapting Krav Maga again, this time to fit civilian needs. During these years Imi trained the next generation of Krav Maga instructors, who would later spread his teachings and establish their own Krav Maga organization.

Despite his impressive professional accomplishments, alongside the incredible adventure that was his life, Imi was the exact opposite of the stereotypical muscle man: he was sensitive, humane and attentive to those around him. To those who knew him personally or professionally, Imi was the quintessential European gentleman: he was humble, respected others, was sportive and fair, strove for peaceful resolution to conflict and avoided the use of unjustified or exaggerated force. He was a spiritual teacher to his many followers who consulted him in all matters – professional or personal.