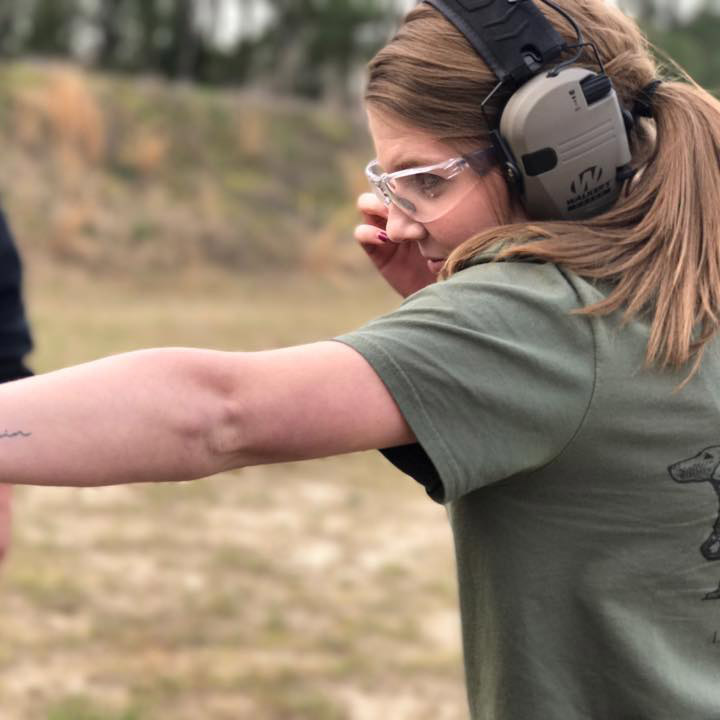 For those of you who have known me both prior to and during my Krav Maga training, you probably have recognized a change (or many) in me as a person. It is my desire to help you understand the changes that I have experienced, the heart behind why I am so thankful I started taking classes, and why I feel that you, too, could benefit in the same ways that I have from Krav Maga. For those who did not know me prior to Krav, let me give you a quick synopsis of who I was pre-training: timid, fearful, frail, and basically crossing my fingers that no one chose to target me (again).

As many of you know, I was targeted and ultimately raped by an internet predator in my teen years. After trials in court, he was sentenced to only eight years in prison. However, he was released on parole after only serving about two years. When the news reached my ears that he was up for parole in the near future, I began to feel more fear than I was comfortable living with. I realized that I was an easy target not just for him, but for any predator seeking to do harm. Thus began the process of researching self defense classes in my area. Krav Maga was not only the first option that popped up in search results, but also the most intriguing. After researching the system, I decided to give it a try. East Texas Krav Maga (the Krav training center nearest to where I lived) offered a free trial class to anyone interested in beginning self defense training. That first day, I sat in the parking lot for a good twenty minutes fighting with myself internally. I was so nervous to step foot inside the building for a few reasons:

1. I have never thrown a punch or taken any form of martial arts/self defense in my entire life and I don’t like looking like a fool.

2. Walking into that class meant facing the frightening realization that I was prey for predators seeking to do harm and that I was presently incapable of adequately defending myself.

3. I hated exercise and felt like I would be falling behind the entire class due to not being an avid gym-goer. Regardless of these hesitations, I walked through those doors and it was by far one of the best decisions of my life. Here’s why: